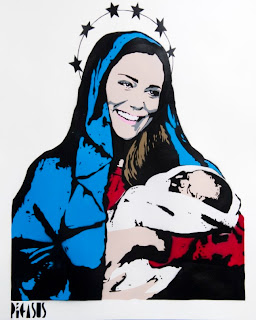 Last week was week 33 of the year.

Monday saw Prince Philip, Duke of Edinburgh, "resurrect" in Edinburgh after his alleged medical-induced hiatus. He was handing out medals on behalf of the Royal Society of Edinburgh, a scientific establishment founded during the "Enlightenment" by  Colin MacLaurin, a respected mathematician, who made inroads within the fields of geometry and algebra. Afterwards he was due to head for Balmoral, to catch up with the Queen. (BBC)

On Tuesday it was reported that Americans have been "brainwashed", en masse,  into voting for Obama by the Edinburgh "born", Harry Potter series of novels. So says a "political science professor", Anthony Gierzynski, of Vermont University. (here)

On Friday we learned that the "secretive" 33 loving freemasons intend to hire a "youth ambassador to dispel the myth that they are white haired old gentlemen in tweed jackets". The mail on line article also references "conspiracy theorists", who apparently blame the organisation for major world events although it does not state any specifics, in terms of both conspiracy theories and major world events.

On Sunday we learned that military-minded Prince Harry is irritated that his "mother's" landmine, Halo Charity, is not receiving the assistance he believes it deserves from some of the (again unspecified) nations which provided/sold the limb maiming booby traps. The charity is Scottish - Dumfriesshire-based, rather like the freemason's Mother Lodge O, in Kilwinning. Halo was founded on 9/3/88 (BBC) 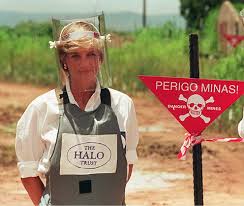 On Sunday too, we read that Commonwealth Games secretary general, Kamalesh Sharma, is impressed by Glasgow's preparations for the 11 day event. The torch design, which includes the Queen's secret message, was revealed on Friday past.  (BBC)

Also on Sunday we read of how allegations have been made that Princess Diana was assassinated by the SAS. It made front page in most tabloids that day, although the story broke on Saturday evening.

When Diana died, the Royals were at Balmoral, and it is maybe coincidental that again on Sunday we saw images of a tweed attired, white haired Prince Philip, at Balmoral, in the company of the Queen. 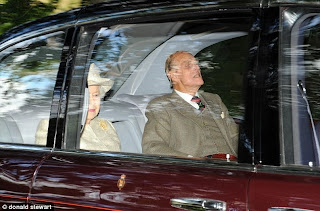 cheers
Posted by Newspaceman at 12:58

Pegasus' Madonna-style portrait of Kate has nothing to do with Duccio's 'Madonna and Child'. There's no resemblance whatsoever and there are no stars in the famous painting.
Pegasus creation looks much more like 'Our Lady of Medjugorje' or 'Our Lady of Mount Carmel'.
The depiction of Kate is interesting and quite accurate though: she has 6 five pointed stars around her head instead of 12 eight pointed stars.

Thanks very much for the info. I was going by the mail on line article in reference to the image, no doubt that will correct itself when the painting is displayed. I was wondering about the stars - thanks.

Newspaceman, you know I simply love this image! I have been (unfortunately) avidly following the royal news just for the sheer irony of it all. Now this!

This particular image could also alude to 'The Whore of Babylon' with the stars on her head. According to Wills notorius uncle-in-law, Kate was a popular user of the sleezy villa on Ibiza. I am laughing also that the future King should be the one changing the dirty nappies... not so much blood on his hands...but feaces!

P.S. I predict more revelations to come c/o the father of the bride who is obviously well connected and leaking like a sive to The Sun right now.

with all due respect Newspaceman, I doubt they will correct that. It's more convenient for them to make people believe that is just a Warhol-style imitation of a famous painting. In reality it goes much deeper, it's a religious icon. I find it really creepy.
The 12 eight pointed stars have a deep meaning in Christianity, twelve being the number of apostles, the 12 tribes of Israel and so forth. In Mary's case they represent her qualities, or perfections and the eight pointed star represents the eight's day, the eternal day after the resurrection.
Kate on the other hand... you know more than me about what those stars and numbers represent.

I notice that most people are falling into the trap of calling Catherine "Kate". This was perpetrated by the Royals and mainstream media, to avoid the unfortunate acronym of W.C. Which is much more appropriate. The notion of 12 apostles, months of year, etc, Was taken from Zorastrian - Persian culture.

Any thoughts on the Shakhtar sheep sacrifice before the match against Celtic, considering your forays into Dolly.

Apparently Celtic have 11 donkeys to choose from for a sacrifice before the next game.

I am sure you saw Charles at the ceremony in London for the new Chief Rabbi? What was it he said to him about the new boy-child-king? Apparently he was the first in the faith to wish him 'Mazeltov'?!

Have lost my way a little, will respond/post shortly.