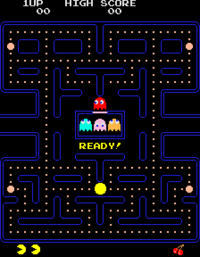 A smattering of potentially interconnected news stories follows, for those with the stomach.

Let's start with a seemingly innocuous story,  one that somehow made the headlines, rather like the abandoned Mercedes car two posts ago. Tuesday's mail on line reports of how Jeremy Paxman, host of the TV show, University Challenge, has been labelled rude, nasty, and a bully after savaging a student who gave the wrong answer to a history question on the show. Apparently, poor Tom Smith was out by 600 years when he responded William the 1st to the poser: " Which royal figure made the claim  - The liberties of England and the Protestant religion I will maintain - after landing in Devon in 1688". The answer was actually William the 3rd, or William of Orange, someone we will return to shortly and someone often mentioned in this blog - especially recently  given his  connection to Glencoe  and the blood sacrifice massacre of the MacDonalds (anniversary date 13/2). Tom studies at University College London, one of the "golden triangle" of advanced learning centres, part founded by a Scotsman, James Mill, on 11th February 1826

On 15th Feb, it was reported that  Camilla, consort of Prince Charles, is to become the 11th chancellor of Aberdeen University (BBC News). The establishment's motto is Initium Sapientiae Timor Domini which translates to "The beginning of wisdom is fear of the Lord". It's a quote from the Old Testament, specifically Psalm 111, verse 10. The regular reader will be aware of the symbolic importance of the numbers 11 11, or double 11, or factors thereof  to the "elite"; one can perhaps even add the aforementioned 11th February date to a potential "horse nod" in the same direction, maybe more so given this weeks Pope resignation.

On Valentines Day, the 14th, Scotland saw the opening of the first Krispy Kreme doughnut shop - at Hermiston Gate, Edinburgh. It led to giant queues and massive traffic congestion. Again, it made the national headlines. The local Edinburgh Evening News told more of the story though, reporting that the first customer was Ben Esterson, aged 33, a Londoner. Ben also was  the first customer at the first Krispy Kreme in Wales. One wonders if he is symbolic of something other than his greed. One wonders too about K being the 11th letter of the alphabet. 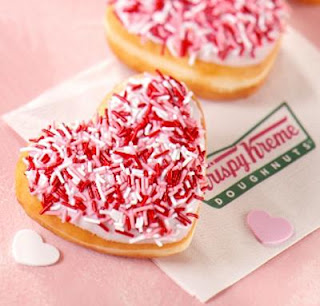 14th February was the anniversary of Glasgow Rangers football club's descent into administration - although they have "reborn". Valentines Day has it's roots in  Christian "martyrs", apparently there is no proven connection with the Roman Lupercalia and occult "wolf worship". In my January post, The most powerful family in the world, I noted the Crown  reference of Rangers' court appearance, P221/12 and my thoughts on the symbolism. Bear in mind that 22 is double 11, that Rangers are highly intertwined with the Protestant religion, and indeed their supporters appear to swear some sort of historic allegiance to William of Orange. More up to date, Prince William's dog is called Lupo, from the Latin for wolf - whilst he appeared himself on the front page of  Hello magazine, number 1111, dated 22/02/2010. 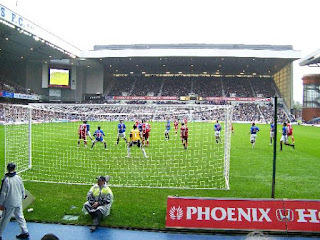 Note too that a pair of the TVsoap, Coronation Street, stories have also hit the headlines. The first was actor Michal Le Vell (on the level ?) who has been charged with "child abuse (here) , the second regards William Roache' who played Ken Barlow. Worryingly, William has joined some sort of "love-sect" , the Pure Love Movement,  who believe that love will conquer all, and that 2012 marked the beginning of a "Golden Age". (here).

Doughnuts is slang for mad in Scotland, i.e. Look at him, he's pure doughnuts.

Note from the Scotland on Sunday today, that at this years remembrance service for the unfortunate MacDonalds who perished in the Glencoe Massacre, Psalm 121 was sung. 121 being 11 squared.  The serrvice began at 11am.

Posted by Newspaceman at 12:19

Ben Esterson is a rather interesting name. In Hebrew 'ben' means 'son of'. So he is the 'son of Ester' (Esther) son. Grandson of Esther? According to Wikipedia Esther is derived from Ishtar.

Jeff, thanks, long time no hear.

Anon, yes it is interesting, Ben is also the name given to the mountains of Scotland. I note form the link you provide - thanks - that Esther relates to Psalm 22, and the morning star. Venus/Lucifer.

Have updated post slightly, totally forgot it was the anniversary of the Glencoe Massacre this week, hence Paxman ?

Jeff! They let you out again my friend. Stay cool man.

Jeff do you remember the dream in Paris?