Rupert and the Bears 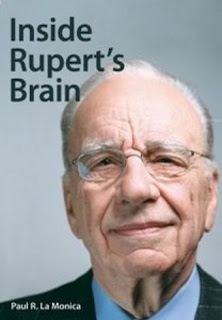 At the beginning of the year the BBC told us : News Corp's Rupert Murdoch joins Twitter social network.
Couple of days ago they told us: Scottish independence: Rupert Murdoch tweets 'Let Scotland go and compete', noting in the process that just last Sunday, Murdoch had also described Scottish Prime Minister, Alex Salmond, as clearly "
the most brilliant politician in the United Kingdom"

This Sunday sees the launch of Rupert's substitute 7/7/11 demised, The News of the World: the Sun on Sunday. Rumour has it that the paper has a huge story regarding Glasgow Rangers which it is saving for the occasion. Rumour has it that that this will be the nail in the coffin for the club, if indeed it needs another nail. We don't need rumours to know that the uber-popular Sun tabloid will be canvassing for Scottish independence when the time comes.

Given my last few posts, it's all coming together for the forthcoming phoenix Rangers, a microcosm for Prince William's kingship of the financially-bound and Scots rooted, New World Order.

Meanwhile down in London today, the first anniversary of Prince William's dark, eleven-eleven, appearance in Hello magazine (issue 1111), saw a massive rehearsal for a potential Olympic terrorist attack. Whilst yesterday, we read of how a companion/twin concert is to be held in conjunction with the London Olympic closing ceremony, star performers being Blur, New Order, and the Specials. Speaks for itself really.

Connections between Scotland and Greece ??
It was initially Crete but what is it they are going to steal this time - more liberty and freedom ??

Thanks anon2 - connections being financially orientated, Greece getting the (eventual) blame for tthe (inevitable) Euro crash, then prob the dollar on the back of that. That leaves the pound, which will also be shakey, but thank goodness for ("state" owned) Royal Bank of Scotland. State owned and Scotland being the relevant points for the global financial future. Basically, Royal Bank of Scotland, will be the only "secure" bank and the new global economy/currency built on the backbone of that.

Anon, thanks, I saw that last week but never got the Lupercalia connection. I will try to get a blog list up next week on this blog.