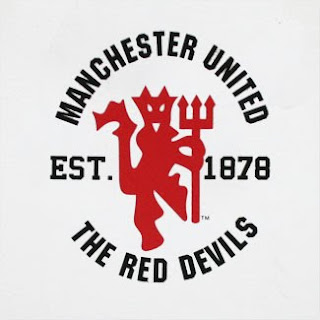 When one throws sardines and Morrissey in the mix, there is only one possible result. In the last post, I pondered over the possibility of an esoteric nod in the direction of Prince William's forthcoming global devilish role, given his announced visits to the disaster zones of Christchurch and Queensland coinciding with a fish disaster at King Harbor Marina, Redondo Beach, Los Angeles. These were linked to lightbringer St. Lucy, France and Princess Diana via the Smith's, "There is a Light That Never Goes Out" and Patti Smith's, "Redondo Beach", before we moved on to the Japanese earthquake - an event confirming, at least, an aquatic animal sixth-sense. 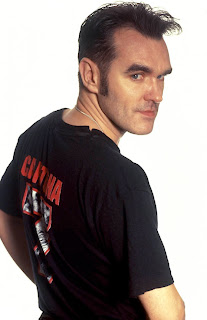 Which brings us to ex footballer, actor Eric Cantona.

Eric arrived here in Britain after a couple of incidents in his native France soured his appetite for the game. He started at Leeds in late '91 but quickly moved on to Manchester United, or the Red Devils, where in 1995 he hit the headlines big time. After being sent off in a game against Crystal Palace he launched an oriental style "kung-fu" kick into the home supporters, followed up by a number of rapid punches. He later attended a press conference to explain his actions, yet all he said in in the notorious interview was:

"When the seagulls follow the trawler, it's because they think sardines will be thrown into the sea. Thank you very much." 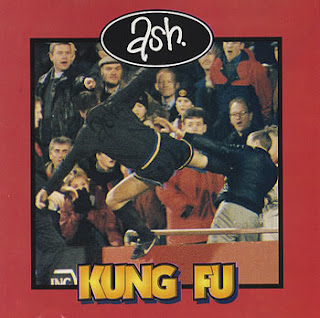 Morrissey is an avid Manchester United fan. Some say that he was "infatuated" by Cantona; certainly many other supporters conferred God like status on the French genius. He mentioned him in his "stage banter" on his 1995 Boxers tour, and threw tambourines with the words "ERIC", "CANTONA", or both, written on the skin, into the crowd. In his 1996 "Introducing Morrissey" video (which contains the infamous National Front Disco track and has an intro of Hubert Parry's - "Jerusalem"), the "film plot" revolves around an "Eric Cantona loving bootboy visiting Morrissey landmarks around London" (here) .

And did those feet in ancient time.
Walk upon Englands mountains green:
And was the holy Lamb of God,
On Englands pleasant pastures seen!

And did the Countenance Divine,
Shine forth upon our clouded hills?
And was Jerusalem builded here,
Among these dark Satanic Mills?

Cantona himself said of Morrissey in 2008:

"I liked The Smiths before I moved to Manchester. Morrissey, I liked the things he did and the way he did them. Very much. A lot of people in France liked him."

He then left his captaincy at Manchester United in 1997, hanging up his number 7 shirt and "retiring" from playing football, instead concentrating on enjoying himself, and acting. Most recently in regard to the latter occupation (2009) he gained the role of lead in Ken Loach's Palme D'or nominated film, "Looking for Eric", a movie which ends with "dozens of fellow Manchester United fans - wearing Cantona masks" gaining retribution. Then this year he returned to soccer, taking up the role of director with New York Cosmos, a recently reincarnated team. Just at the beginning of this month they conducted an short "Asia tour", Cantona and Pele visiting Singapore's, Jalan Besar Stadium, home of the Young Lions and venue for last year's soccer at the Youth Olympic Games. Note their sea-horse style logo (remember Patti Smith). Perhaps then we receive another nod via Loach's masked "Cantona impersonators", given that in 2010 he cancelled a screening of LFE at the Australian Melbourne Film Festival, citing a "campaign to target events that are in receipt of financial support from the State of Israel" by way of explanation.