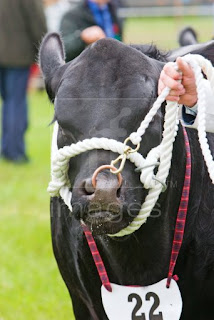 A great stushie has broken out this week over cloned animal meat which has made it's way into the human food chain. It seems that over in America animal cloning for food is all the rage; here in the UK we were, until now, clone meat free.

The source of the trouble can be rooted to North East Scotland and the picturesquely named Newmeadow Farm, also known as Drumduan Farm, near Auldearn. Here the Innes family have been breeding cows-4-milk from American import clones for a year or two it seems, although details have only this week emerged of the eight embryos; their names including Dundee Paradise, Dundee Perfect, Dundee Paratrooper and Dundee Parable which is interesting as we shall see.

From the short wikipedia entry on Auldearn we note of how it gained it's name from William the Lyon's, or William 1st of Scotland's, castle of Eren. William also founded Arbroath Abbey where the Declaration of Arbroath (the model for the American Declaration of Independence) was signed and where the "Stone of Destiny" was returned anonymously on 11th April 1950, after being repatriated from Westminster by an group of students. He also adopted the Lion Rampant as his colours, although the dragon resonating lion had been seen before in porridge land. 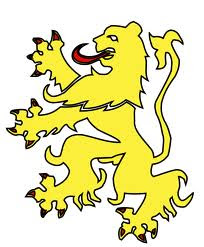 Meanwhile again this week, although slightly further North, the Queen was due to conclude her summer cruise round the Western Isles on the liner Hebridean Princess with a meal at Mey Castle, "around the time of the 110th anniversary of the late Queen Mother's birth" - born 4th August 1900, died 30/03/2002 aged 101- the haunt being a favorite of Elizabeth Angela Marguerite Bowes-Lyon. 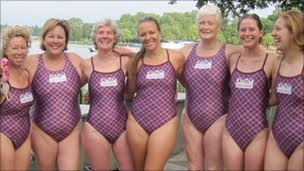 Today at Loch Ness - haunt of occultist and "black magic" enthusiast Aleister "The Beast" Crowley, musician Jimmy Page and infamous monster - a sponsored swim in aid of hospital building in Afghanistan is taking place: seven brave ladies from the curiously named, London Serpentine Swimming Club, are to relay the length of the loch. Although the history of the monster purportedly goes back to Christian missionary Saint Columba in the year 565 - he made the sign of the cross after encountering a water beast thus saving a man (also see founding of Holyrood by King David) - it only gained prominence, and the title "monster", in 1933 when the Inverness Courier ran a story regarding a Londoner, Mr. George Spicer, who claimed to have seen the beast on 22nd July. The date of publication was 4th August 1933, the 33rd birthday of the Queen Mother, whilst the 22nd of July is the anniversary of the Battle of Falkirk where William Wallace (The Braveheart Enigma) was defeated, subsequently handing his role to Bruce. Mr Spicer is noted as stating
"the nearest approach to a dragon or pre-historic animal that I have ever seen in my life". 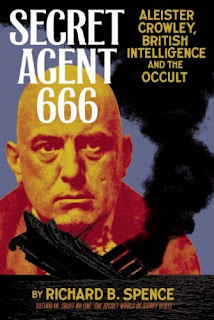 We can perhaps make some semblance from the above by means of the remarkable Prince Nicholas de Vere von Drakenberg, author of "The Dragon Legacy: The Secret History of an Ancient Bloodline", and a snippet of an interview (here):

TT: Who are the "Dragons" that you write about in your book?

NDV: In brief, the recorded Dragon lineage starts with the Anunnaki and descends through the proto-Scythians, the Sumerians in one branch and the early Egyptians in another; the Phoenicians, the Mittani, back to the Scythians again through marital alliance, along to the "Tuatha de Danaan" and the Fir Bolg; down through their Arch-Druidic, Priest-Princely families, to the Royal Picts of Scotland and the high kings of the Horse Lords of Dal Riada; through to the Elven dynasty of Pendragon and Avallon del Acqs, and down to a few pure bred families today.

TT: Were the Dragons originally a separate species from what we would call "human"?

NDV: Dragon tradition related to all the current genetic and historical evidence says yes they were. Both relatively recent and ancient accounts of Dragons or Elves going back to the Annunaki speak of them as having clearly distinct physical attributes, and these attributes are inherited from a species that scientists now assert preceded the human genetic bottleneck by about thirty thousand years. These attributes are not human in the accepted sense. Whether this ancient race was hybridized with another before history is anybody’s guess, but their later hybridization to produce the Elven God-Kings and Ring Lords (the King Tribe), is clearly recorded in the Cylinder Rolls.

Accepting De Vere's theories may seem sketchy in the least, however given that humans are now cloning animals and travelling in space, is it really all that far fetched ? Perhaps we are being fed the future with these three stories, in that the "Royal guardians of the Earth" intend to create their perfect slave-worker-human and from there, simply clone. This would feasibly allow them to act as Gods in "their", recreated global Eden (see the cows' names), and indeed pursue interplanetary colonisation, perhaps with force.

Surely only a matter of time.

They are about to turn the tables on us and turn us, the white race (arians) into the slaves of them, the semites.

Not sure about that, Aryan refers to an alleged "spiritual" race as far as I am aware.

"Judeo-Masonry has worked this Jew bait Messianic Arian white race scheme since Napoleon to raise up false nationalism's, which are guided to destruction under the banner "For God and Country." People have not been able to recognize this Jew-Masonic chicanery which creates fictitious Nazi-like attacks upon itself while it establishes its domination and power under other forms and names. It attacks Communism and promotes it under the pseudonym of kingdom of God on earth and if we unveil it we discern its spirit so as to see its miscegenation under whatever form or name it may appear.

It is the spiritual power of British Israel Judeo-Masonry which causes the "hard core" patriots to attack its visible forms as they embrace its spirit. The Adamic Race of Anglo Saxondom is only the bait to cast the revolution into seemingly conflicting ideologies. Race wars are financed and directed from both directions as a destroyer of political states, as the same finance promotes the kingdom message to establish the spiritual (religio-political) state universal.

It is our purpose to demonstrate the latent meaning of our now total confusion and to show that what seems like confusion and contradiction to us is perfectly ordered and guided by the invisible power of British Israel. To conquer the world and then hold it in subjection, its spirit must first be overcome and this is the purpose of the kingdom message of British propaganda. We hope to show its true nature and scope and to what extent it has made us a vassal state, as surely as if we were bound with chains. "

Thanks, my cock is sized like a bull's already. I would have pleasure in sticking it up your ringer.

"Note that 11/4 is American Independence Day, in their manner of notation."

in U.S. the 11th month is november

"Perhaps we are being fed the future with these three stories"

regardless of de vere's version -- no doubt containing a measure of veracity -- the link between the Queen Mother, and the Serpentine Ladies of Nessie Atlantis and, for example, the red-and-black bedecked Lady Ga-Ga (czech 'dragon') recently bowing before the Q.M.'s dotter likely tells a true tale -- no matter how manipulated specific events

reminds me of Neil Hague's "The Priestess"

I'm Glad i ran across this site.Added newspaceman.blogspot.com to my bookmark!

what happens if a girl takes viagra said...
This comment has been removed by a blog administrator.
20 October 2011 at 04:59

I wanted to thanks for your time for this wonderful read!! I definitely enjoying every little bit of it and I have you bookmarked to check out new stuff you blog post.