In yesterday's mail on line, it reports that the band Oasis' (Scottish) manager, Alan McGee, was ready to punch Jimmy Savile at a dinner party hosted by Tony Blair at Chequers. Apparently, Jimmy was sniffing around Alan's wife, Kate.

Alan notes that : "I couldn’t tell [Savile] was paedophile, but there was an edge to him, a quiet menace, the threat of violence. 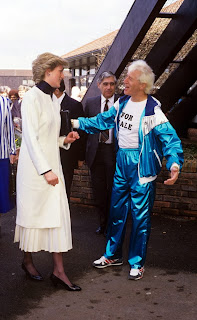 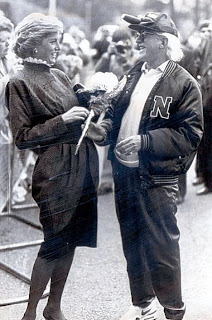 I come from Glasgow, I can tell when someone is dangerous. I could tell he was connected. He was over 70 but I’m convinced he was a gangster"

An old mail on line article from 2008 re Savile, mentions the same dinner party, whilst also noting Savile's claims : that alongside his career as an entertainer, he has secretly served as an adviser to world leaders and royalty alike.

"I guess I am like Forrest Gump," he told Esquire magazine.
"I am like a sewing machine needle that goes in here and goes in there, but I am also the eminence grise: the grey, shadowy figure in the background. The thing about me is I get things done and I work under cover."... 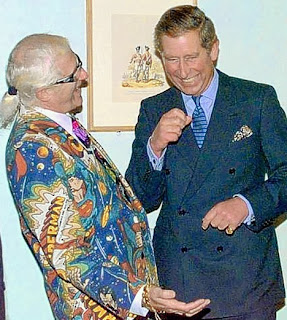 There are several undeniable connections between Savile and royalty.

His role was mentioned by Diana, Princess of Wales, in the "Squidgygate" taped conversation she had with James Gilbey on New Year's Eve, 1989.

She was recorded saying: "Jimmy Savile rang me up yesterday, and he said: 'I'm just ringing up, my girl, to tell you that His Nibs [Charles] has asked me to come and help out the redhead [Ferguson]'."

Diana also describes Savile as a "sort of mentor" to Charles.

Oasis' Noel Gallacher is pals with "revolutionary" Russell Brand. Noel and Russell appear to be quite chummy with David Icke too.