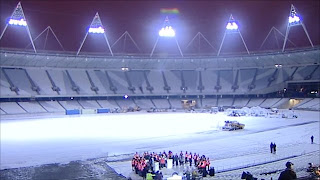 The three Followill brothers and their cousin, otherwise known as Kings of Leon, made it into newspaceman last winter after their tour buses burned at daybreak outside the 02 Arena in London. The evening before had seen a lunar eclipse, the winter solstice, and the virgin illuminating of the Olympic Stadium. (No bones about it; Strings of Leon).

Today we read of the Leon's documentary, Talihina Sky, which will debut tomorrow in Edinburgh at the Festival Hall, detailing their rise to fame. Edinburgh too - specifically Meadowbank Stadium - was where the Olympic torch headed just after it's unveiling in London on 8th June at St. Pancras, the colloquially known cathedral of railway stations. 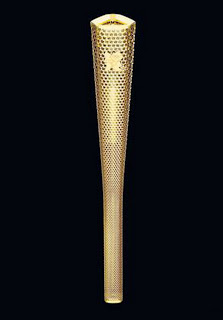 Directly between Meadowbank and the Festival Hall (otherwise known as the Festival Theatre), lies a large expanse of Royal Parkland. It contains Holyrood Abbey, Holyrood Palace, the (soon to be "independent") Scottish Parliament , and a large imposing extinct volcano - Arthur's Seat - which looks remarkably like a haunched lion, or even sphinx.

A lion King coming, a fresh Arthur ? Follow the Will.

Kings of Leon Documentary - BBC News.
Posted by Newspaceman at 10:22

Seems that Kings of Leon (King of Kings?) is all over the 'wrong side of the news' the last year or so.

Today there's the UKARmedForces Day in Edinburgh. perhaps u can hear it.

Doubtless be stationed in Glasgae in the ramp up to July 12th with Catholics , Protestants and, this new group, the Anti-Sectarianists. Wonder what colour they'll have, probably the new 'Yellow' of SNP.

Spaceman - check this out!

Cheers Jimbo, published on "independence day" in the Daily Beast too. America's declaration modelled on the Scot's one, the latter coming about via Robert the Bruce and the Battle of Bannockburn. Signed at Arbroath Abbey, again see Stone of Destiny, "repatriation".

The Kings of Leon are playing there.


agree, that seems the turning point (admitting my v limited knowlege of complicated religio-politics in GB)

Edward tried to eradicate the religious/political remnant of druidism and the old celtic kingdoms (e.g., erasing stone of scone inscription)

the Wallace/Bruce revolt paved the way for what we just witnessed in the royal alkhemical wedding w/druid priest officiating -- full scale regression to goddess matriarchy and blood-sacrificial druidism, with lotsa music and pageanty to cover up the screams

there'll be less revelry and more screaming as matters progress

Cheers moon and Ray, compiling another post today. Thanks for your support/info. Struggling a bit at the moment.