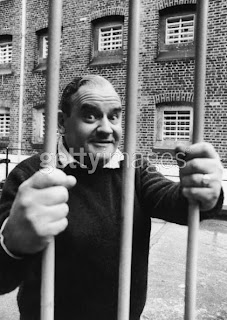 Claims are made today in the News of the World that Prince William and Kate Middleton - who met at St. Andrew's University - are to marry in the Spring of 2012 just prior to his 30th birthday, the Queen's Diamond Jubilee, the London Olympics and the dawning of the astrological Age of Aquarius

I suppose it could well be the case that this is just more "newspaper filling", however the quotes appropriated to a mysterious "source" hit the nail on the head in terms of "our" intended future:

The source said: "This will be a landmark occasion. The Chinese may have put on a great show for the last Olympics but nobody can do royal pomp like we can. It will be spectacular.

"The powers that be, and I mean right to the top, see this as the perfect opportunity to secure the monarchy at the heart of the people at a time when the media focus is on our country."

The people referred to being not only being the people of the current United Kingdom but rather a sourced from Scotland, global and green thinking United Kingdom: our very own collective hell.
cheers

Olympic Handover/ Wizard of OZ parody - Things are not always as they seem
British Israel: The Hidden Hand Behind the "Kingdom" of God Deception

News of the World story.
Posted by Newspaceman at 06:25

One day it's yes they are getting married, the next day it's no - if you follow the British press.

I am an avid follower of the entire William situation and I will be the most shocked person in America if he ever weds anyone.

I think after the Diamond Jubilee, the Queen will retire and Charles will step out of the way and William already knows this. The last thing the phony Messiah needs is a woman around.

My first time to post here. Have read a lot of what you've written, for the last couple of months. Kinda dismayed at the direction a lot of the recent comments have gone though.
Anyway ~ thought I'd share something that occurred to me last, regarding what may be another huge peice of the puzzle ~ of the future 'king of the world'.
What comes next ~ after king? God, right? So who's considered by much of the world to sit in the seat of God on earth?
Can you say 'Pope William'?
I'm thinking we may have to wait until around 12/21/15, for that one ~ for those of us who are still here to see it.

Hiya Anon 1, I agree, it is all hype, probably something to do with Diana and rekindling the emotions that were seen after her death (if she did die).

Anon 2 - Basically, the script revolves around them acting as god(s) in the future world, the new religion being green. I personally see the old religions dissolving, including the catholic faith. Over time that is. But yes, William will be the personification of God/Christ on Earth.

Some of the recent comments here dismay me too, most are attributable to one person who has hopefully gone, if not I will delete them in future.

Keep your eyes peeled on Thursday when the Pope meets the Queen in Edinburgh.

U cant Pope William but BILLY POPE was a character in the comic Electric Soup, a schizophrenic BlueNose Fenian.

I think the Pope (not Ratzinger but the one after) is the Biblical version of the "false prophet" - and he will show signs and wonders a lot like William. William will be political and the pope will be "spiritual."

William, however, will eventually be far beyond the pope - or any status that we know him to be now. I don't think we have any idea whatever just how powerful both William and the next pope will be.

Certainly they are working up the frenzy and hyping the event to come by putting a meme in our heads, similar to the Saddam meme in reverse.

But will it go to plan? Whatever God wills.

George Michael ,Ricky Hatton ,the pope,Unions,winter of discontent,the merry go round keeps on turning.Its just a load of bollocks always was always will be.MPs with side partings talking lies cameron,hurd,blair,thatcher all the same.That pope to me looks evil look at his eyes.I wonder what he will really say or do in Scotland behind closed doors.

i can never work out what date its meant to be when its written like this....

Im sure something is going to go on

I have my theories but am very intrested in other peoples

It looks like this may be the longest time he's gone, without a new post. Anyone know if the 'newspaceman' is well?

Btw ~ for those of you who live in THE Kingdom ~ I did so as well ~ during an important period of time, in fact. Was stationed at Lakenheath ~ just prior to the 'big wedding' ~ and still there on a very momentous 'birth' day.

Seems like I was little more than a baby myself then ~ certainly gives my age away, just a bit.

And the reference I made previously ~ about the pope. It just helped me understand how so much of the signs which point to the ac being pope ~ could fit, with the king who I believe he will be first.

When things 'appear' contradictory ~ it's often because we don't see the whole picture.

Have been kinda surprised that am unable to find any source on the net ~ who has suggested this connection before. But when you think about it ~ and know what signs we should be looking for ~ it does seem to make perfect sense ~ to me.

HE will be the 'savior' everyone is looking for. Son of David/Solomon ~ for the jews and masons. Arthur ~ for the UC. Christ/pope for the Catholics/christinas.

Course he'll have to first defeat the 'false' ac/babylon ~ which I fear does not bode well for obama/US.

I think hes para wondering why the troll seemed to be from newburry yet knew so intimately edin. He thinks trolls fuzz..

Sorry for delay in replying to comments.

Thursdays child - 2012 is just like midnight on a 24 hr clock but on a far larger scale. The plan is (in my opinion) to have the framework for the new age slavery (with messiah) up and running in readiness. I don't see anything happening, although maybe a cuckoo will appear. Hopefully you know how the cuckoo "rears" it's young - by laying an egg in another bird's nest.

Anon, thanks for your comments. There is a site called Grailcode which gives a lot of Prince William info although mostly related to Biblical prophecy. Given I believe that the script of revelations has been acted out before (as well as now) it makes sense. Also, did you note that Prince William received another set of wings in on the Friday during the Pope's visit. Flying fish ?

Lastly, I am not worried about the troll being Dibble -why would I, just taking a short break.

Yes your summary as to whats he aboot is correct.

Yes your summary as to whats he aboot is correct.