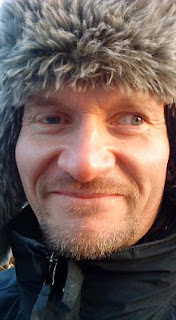 In the last post I touched on police eco-warrior "plant", Mark Kennedy, alias Mark "Flash" Stone and how the whole climate camp shenanigan could well be manufactured, along with the impending "revolution", subsequent global reorganisation, and budding, freshly repackaged religion; a new age, greenish, druido-christianity.

More ammunition in this regard comes from the mail on line's sleeping with the enemy: How undercover cop who went native with eco-warriors used double life to seduce idealistic young women . It appears that Flash (as Mark was known due to his always being rolling in cash) often took young ladies back to his barge, the green and black Tamarisk, which was moored - indeed seemingly still is - at Nottingham's Castle marina.

Tamarisk is a plant with an ancient claim to fame. From Masonic Lodge Symbol:

The legend of Hiram Abif is liberally drawn from the Egyptian Mystery ritual of the murder and resurrection of Osiris. As such, the sprig of acacia also represents to Hiram's resurrection to all Masons. In the Egyptian legend, the chest containing the body of Osiris, who was viciously murdered by Typhon, was washed ashore and lodged in the roots of a tamarisk, or acacia. The tamarisk grew into a mighty tree enclosing within itself the body of the murdered god.
One wonders if "Stone" was always destined to roll.
cheers
Top image - "eco warrior", curiously eyed Mark. .

wiki -Osiris
Posted by Newspaceman at 16:47