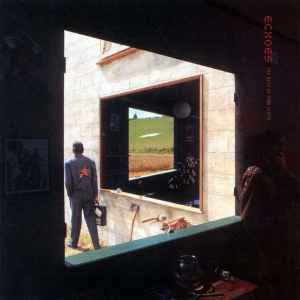 In my mid - December post, Angel Guardians, I touched upon a quaint relationship between Pink Floyd, the London "student riots", and the "attack" on Prince Charles' blood red Phantom VI Rolls Royce: the mainstay being Charlie Gilmour who swung, in a pendulous manner, from the Union Jack which hangs on the Cenotaph before apparently being part of the mob who were involved in the Royal Variety performance assault. It was all connected to money and time through Floyd's Dark Side of the Moon, Stanley Kubrick's 2001: A Space Odyssey and the Planet Saturn.

Today, after a few weeks scrutinisation of CCTV images, the police have seemingly made further inroads into "Operation Malone" (as the Prince attack inquiry is labelled), and as such released details of three unworthy individuals they wish to talk to. None of them are Floyd's Charlie it appears, however, coincidentally today, his father's band hit the headlines with the story that they are to retain their contract with EMI and thus end their ongoing legal battle over royalties with the record company.

See also Echoes, another Floyd track which allegedly synchronises with 2001, and allegedly was plagiarized by Andrew Lloyd Webber for his Phantom of the Opera.
BBC :Pink Floyd story.
BBC:Prince Charles story.
Posted by Newspaceman at 18:06

An artist intends to crucify a rabbit in Dunfermline at Easter to highlight the commercialisation of Easter.

The same story was in yesterday's Edinburgh Evening News although said the crucification would be carried out at Edinburgh's Arthur's Seat.

"The same story was in yesterday's Edinburgh Evening News although said the crucification would be carried out at Edinburgh's Arthur's Seat."

the links on bishop rowan tree and his druidness failed, but another led here, same gist--

"World-wide concern, from those Christians who still see any relevance to the appointment of an Anglican Archbishop, grew stronger with the news that Williams had been inducted into 'the Gorsedd of Bards', reported to be an historic order of Druids with pagan roots. Williams apparently went through an hour-long ceremony at sunrise within a circle of standing stones like those at Stonehenge and the significance was variously reported, e.g.: 'The Gorsedd of Bards takes its name from the high seat, which was the mount on which the sacred kings were wedded to the female spirit of the land in ancient times.'"

p.s. rabbits are often associated with the goddess, two rabbits running in the ditch/must be the season of the witch etc

There was a solar eclipse yesterday morning, partial only.

Rabbits brings out Bugs Bunny who links to Bugsy Malone, as well as bugs - the present flu deaths and bugs which are aural CCTV.

Regarding the Blackbirds ~ this may worth pondering ~ http://en.wikipedia.org/wiki/Sing_a_Song_of_Sixpence

Cheers Ray, just about to post again re the archbishop and the wedding, he being the main man at the affair.

I got the links to work, will post them in next post, is exactly the same topic.

One of the best (only) views of the eclipse was at Arthur's Seat, aferrismoon. Link follows, great picture by Toby Williams.

Plus the ringleaders "royal oak" taxi business and the 22 arrests, moon.

Saw the Royal oak - Charles II hid in an oak tree and its the Kennedy clan emblem I think.

He lived in Camelot

The Welsh word for oak is 'derw' and 'derwydd' is in English - druid.

Birds are famous for having their gizzards whipped out to get portents of the future.

All aboard the Skylark!

as i re-read this passage

'The Gorsedd of Bards takes its name from the high seat, which was the mount on which the sacred kings were wedded to the female spirit of the land in ancient times.'"

the image of the "female spirit" that keeps popping to mind is the brit Northumberland Goddess, about whom i wrote in 2009 -- "greened israel," a re-arisen entity partly of land and partly of water

(excuse me for citing my own work)

i see youve posted on rowan again, like the goddess he's two parts that add up to nothing -- a fake christian AND a fake druid

It was said in England that this was the tree on which the Devil hanged his mother.[8]

As well as being useful for making wands

Ray, the (your) link shows a water land design by Jencks. He has done a few similar up here, one outside the Gallery of Art at Stockbridge, another at a place called Jupiter Artland. I can supply more details on the latter, I know it reasonably well.


"There’s a new bird on my right shoulder. The beak is two feet and lime green. The rarest bird on earth, there’s no feathers, but small grey scales all over the body. It’s with one large red eye with a light blue iris. . .
I want you to imagine a comet or meteoroid coming through the atmosphere.
On the other hand, welcome yourself to the desert: Maybe your ability to protest is from the brainwash of the current government structure."


the media dismiss this as indecipherable lunatic raving, but it seems quite legible, from the start .... bird on right shoulder = taking counsel ie 'new bird' means he's becoming conscious of outside influences

The rabbit/Hare is associated with the Goddess through a similar duration of menstrual cycle - duration 27/28 days.
So a rabbit on the cross is death to the Goddess.

Druid and christian.....similar play to two kings.....one takes over the other in the cycle of the year/time. That is the christian will be overcome by the Druid and the pagan roots/religion. Thus not adding up to nothing but adding up to what has happened on the cycle before.

"The rabbit/Hare is associated with the Goddess through a similar duration of menstrual cycle - duration 27/28 days."

thanks anon, i assumed the connexion was fertility, but yr explanation much more complete -- makes sense


"So a rabbit on the cross is death to the Goddess."


yeah, again, reminds me of scorcese's "gangs of new york" and the Dead Rabbits that made war against the satanic "Natives" who controlled the Nation of Columbia

Wipe down the machine and replace the porta filters. Black and Red terminals will take the outside wires on the flat cable (or the same colors), the white wire (center wire on the cable) will attach to the center screw. But with the Jandy pool heater, you get the best of both worlds. Consider the Melitta Mill and Brew MEMB1B model. Get rid of build up dirt and mold.