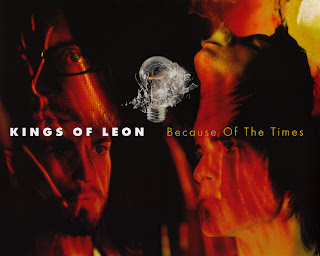 Groomed for stardom, Kings of Leon, jumped upon the British royalty train today with widespread media coverage over a game of table tennis which their drummer, the aptly named, Nathan Followill, indulged in courtesy of "great dude" Prince Harry. The tournament is said to have taken place shortly after the Kings played the O2 arena in London last month.

The gig was covered here at the time, really because of the bus tour fire synchronicity - the previous evening seeing the majority of the lights at the London Olympic stadium ignited (here), only the very top corner (capstone) of the triangular (pyramidal) lighting stands remaining dark.
The following "lunar eclipsed" morning - the shortest day of the year - saw the Kings' O2 inferno. 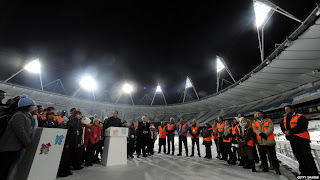 The Sun :Harry ping pong story.
Posted by Newspaceman at 11:49