Loosely based on Sky and diamonds. 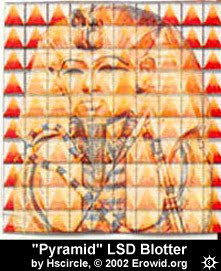 The first is in recognition of the impending ceremony given there's 100 days to go; under the headline Royal wedding: Countdown for William and Kate , we read of the Queens 85th birthday in April, Prince Philip's 90th in June, a Diamond Jubilee next year and of course the wedding of the "golden couple", the "high point, both for the family and for the public".

Next up is headlined Review could see Prince William's daughter as Queen, a fairly curious choice given he does not have a daughter. Notwithstanding, within the report we read of a proposed change to the law on succession to the throne which would grant any daughter of Wills and Kate equal rights to those of any son. There is also mention of Roman Catholics within the report given they are currently excluded from the British throne.

The last regards the annual Queen's Christmas message which was originally solely produced by the BBC (1932-1997) although in recent years the responsibility has been shared with ITN, some saying that the infamous (lest we forget) Panorama Princess Diana programme saw the BBC fall out of favour. Under the self explanatory headline, Sky News to produce Queen's Christmas message, we read of a new 2 year contract for Sky along with more forthcoming royal happenings: again the wedding, also the wedding of Zara Phillips (seemingly to be conducted in Edinburgh at the Holyrood related Canongate Kirk on the Royal Mile here), the Diamond Jubilee and last but not least, our old favourite the 2012 Olympics (and the raising of the King ritual). The report concluded with:

"In 2006, Prince Philip once spoke about what he called Mr Murdoch's "anti-establishment attitude", telling the BBC it had "really pulled the plug on an awful lot of things that we hold to be quite reasonable and sensible institutions."

Obviously he was confused, perhaps on drugs at the time ?

cheers
wikipedia - Kirk of the Canongate.
Posted by Newspaceman at 14:40

If I counted correctly the wedding is 77 days before 'The Deathly Hallows' is released, the last Harry Potter, occult marketeer and antichrist prototype for William's ascension to demigoddity.

he of course is a 'Wales' and connnects with the Red Dragon which in turn connects with Revelations and the Antichrist.

Its also the year of the Dragon via the Chinese, and it looks like they've been doing the rounds with the Pandas, who are now , uuhh , Scottish rite :)

Revelations is their script moon.

We got the pandas, apparently they got salmon - or signed a deal.