Flood were first again on the BBC News at 10 and we heard of the "true cost of the floods" in financial terms and it appears that food prices are going to rise. Prince Charles has visited one of the flood ravaged areas and we saw images of this. Boats were shown, stranded on dry land in farmers fields, where they had been dumped by the floodwater. Reference was made to the strong smell eminating from water ravaged houses and our reporter held his nose to indicate the severity of the foul stench.

Harry, the Bulgarian infant salesman, was back in the news and we heard from Sangita Myska again, the reporter who singly handedly smashed this global people trafficking ring. She seemed to be stating that this was in fact a big story and that Harry was a bad person which overlooked the facts that this was firstly entrapment and secondly that Madonna appears to do exactly the same thing but possibly pays more.

Next was the case of a man with learning difficulties who was tortured and murdered by some young people. The girl who eventually stamped on his hands as he hung from an aquaduct was only 12. We heard of the torture and that this was "collective, unparalleled, evil". No attempt was made by the BBC to analyse the reasons for this perhaps reptilian behaviour.

Charles Langham, the celebrity, comedy-writing, potential paedophile was briefly on again and we heard of a sex addiction.

Australia has dropped all terrorism charges against one of the recent suspect arrested in the aftermath of Glasgow and London. It appeared that the only charge he was being held on was supplying a mobile telephone sim card to one of the individuals who was actually involved.

The link between fat people and diabetes followed and we saw images of obesity.

Your Tube and football followed. The English FA are attempting to copyright the clips of football matches which are currently available. Reference was also made to Elvis Presley. Apparently, the BBC has a business partnership with YT, the details of which were not revealed. However, "one of the burning questions of our time is how do you own an image". Newspaceman confesses here that the adjective just used may not have been burning, he cannot read his own writing.

We rolled on to cannabis psychosis and we heard of the "links". A lady was shown, Annette Wilson, the mother of a boy who killed his father and her husband with an axe I think. She blamed the skunk for this action and told how they had pleaded with him to stop smoking it. However, it appeared that he had ignored this advice and as such had "killed his brain". She pleaded with others to stop killing their brains as well. We heard of a "broad scientific concensus" that cannabis caused mental health problems and we heard of getting a new brain. Various anti cannabis individuals were shown and we saw a cannabis farm.

What if, cannabis actually "opened" your mind a veritable fraction, and allowed you to view our world as it actually is. People have become insane with love of money and what that buys, yet they are chasing nothing. They perceive their status as human beings in what others think of them and believe that a man is measured on his material assets. We spend our lives travelling to work, working, general chores and drudgery; then get smashed on alcohol (because that is strangely acceptable) to obliviate the actual misery and, perhaps more importantly, to avoid facing up to the actual realities of our shite lives.

We also spent our lives in perpetual anxiety over money, crime, terrorism, floods - really whatever the media decide the topic to be. Unless you live a hermetical lifestyle you cannot be immune to the nefarious media virus which pervades and toxifies what, really, should be a happy life in the short time we are here. Paradoxically, we claim that we put our children first and that you cant do enough for your kids. Have you seen the future that they are due to inherit - that you have bequethed them - a totalitarian police state where individuality and even free thinking are forgotten, nay despised.

Sorry about that, last up was the drunken astronauts, and we heard of more of their capers, including a love triangle. 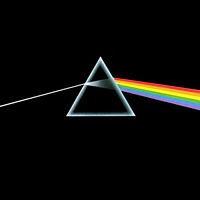 Open your eyes ?
Cheers
Posted by Newspaceman at 07:46