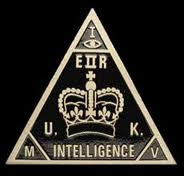 A story which has made many other sources (e.g. the guardian) but not yet the BBC was unveiled today - apparently Iran are not happy about the Olympic 2012 logo, alleging it to be part of a Jewish/Israeli agenda given the representation of Zion, thus are threatening to boycott the London event unless it is altered.
This surely is a conspiracy within a conspiracy given that the Olympic ceremony appear in this instance to be the crowning ceremony of a future one world king and the amending of a logo will hardly negate that; nor indeed that the civilisation which has been created by us for "him" to rule over appears to have been designed with human farming as prerequisite.
Indeed, one surely does not have to look as far ahead as the summer of 2012 to see genetic developments; focus on health and "good eating"; the promotion of "work" and pursuit of wealth as the primo reason for human existence; surveillance and "Big Society" - for example - to see exactly what the future holds and who fancy themselves to be "God's" "chosen ones".
cheers

Posted by Newspaceman at 13:00

Tufty in the Triangle = British Intelligence for kids.

'Does your Daddy have a blog children?'

Cheers moon. I keep quiet about the blog, usually.

Kal, any other reason for you buzzing about here or is it just for the lulz.

I find it quite calming here! Besides, we ae both on the trail of the same scent but if you harbour a chip then so be it i shall go henceforth into the night.