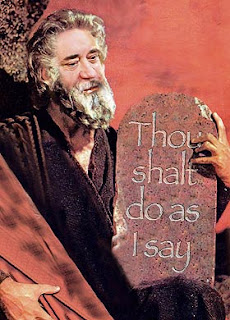 William Wallace is an old favourite not just here at newspaceman; the author Walter Scott waxed lyrical over him, whilst more recently he was the hero of Gibson's Braveheart.

The BBC told last week of how a 700 year old letter from the French King Philip to his aides in Rome, requesting assistance in brokering some sort of deal between Pope Boniface the eighth and our man, is to be loaned to the National Records in Edinburgh by the National Archives in Kew.

It appears that Wallace is indeed named within the epherema, which is dated 7/11/1300, although not much else appears to be noted, other than the desired Papal liaison. Which makes some sense as not much is known, de facto, about Wallace either, his birthplace, age, history, parents, life etc. are all disputed amongst historians, although it is apparently agreed that he served in a military campaign from 1297-1298. Much of his mythos can be attributed to a royal courtier called Blind Harry, someone else that "little is known about".

What is important here is for me to regurgitate the Wallace - Robert the Bruce - Bannockburn relationship; Wallace relinquishing his "leadership" to Bruce prior to the Bannockburn battle, Bruce allegedly receiving handers in that encounter from the Knights Templar. Mysteries of Bannockburn, tells of this and indeed the ancient Egyptian / Scotland connection.

Why it's important is because Bannockburn was too in the news this week, this time in connection with the proposed referendum on Scotland regaining independence. It appears that Scottish Prime Minister, Alex Salmond, has chosen the 700th anniversary of the legendary Scots victory (2014) as the suggested date of the vote, whilst British Prime Minister, David Cameron, is hoping that matters can be done and dusted "sooner rather than later". His sidekick, George Osborne, has gone so far as to suggest that Scotland will need a new currency if we do leave the Union.

Perhaps we need to leave the last words - given my last post and ongoing thoughts re Scotland's ritual importance to a space colonising one world order in the Age of Aquarius - to rival political leader, Johann Lamont, who stated in the Scottish Parliament, again just last week, in respect of Alex Salmond:

"He is Moses who has led his people to the brink of the promised land but, as they view it from the mountain tops, says, 'Let's camp outside for a few years before we go in".

Scottish Sun - Moses story (image from there too)
Posted by Newspaceman at 18:01

bannock is the biblical "cakes for the queen of heaven" ...so is the sacrificial locale or medium, as venus rises over the battle site bannockburn

the Templars are, of course, a goddess-worshipping cult masquerading as an econo-civil-religious order

de Bohun (the mangled or crushed) is the noble-blood sacrifice before the general bloodletting, syrup on the goddess cakes

Son of Bran surely fits, it's Virgin (goddess) GALACTIC after all, not merely about silly near-atmosphere space tourism, but rather the Galactic Goddess Age (with Bran and Co. at the helm! vroom vroom!) :O)

the current US president, of course, has many associations with Egypt (heck some people even call him fayro!)