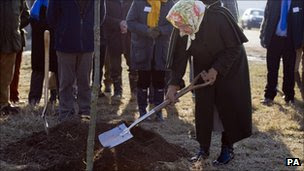 It's the Queen's Diamond Jubilee of her accession to the throne tomorrow*, her father passing away on 6th February 1952, the news broken to her whilst in Kenya, residing at the Treetops Hotel; treetops being literal, the hotel was indeed a treehouse. Another resident wrote of the momentous occasion in the visitors book:

Today, ex British Prime Minister, Knight of the Garter, and chairman of the Diamond Jubilee Trust, John Major, spoke on the BBC's Andrew Marr show telling of how there was "no question" that Prince William would become King before Prince Charles and that the matter is "settled". Nevertheless, he praises Prince William and his "globally iconic" reputation. Major, typical of a politician, can't altogether be trusted, he clearly showed that during his stint as Prime Minister and what he neglects to advise is that Parliament could change the laws of succession almost overnight if required; furthermore, Charles could simply abdicate immediately if he took on the role thus leaving it free for summer-solstice born William. (Bear in mind public opinion here, and that there has been recent political question over the laws of succession in respect of the ban on Roman Catholics)

Whilst last week, apart from stripping ex Royal Bank of Scotland chairman, pharmakos Fred Goodwin, of his knighthood, we saw our Majesty in action at Sandringham, planting an oak tree to kick-start a project to plant 6 million trees, creating new woodland, as part of her Diamond Jubilee legacy. Schools and community groups are being given packs of native species trees, each including a sapling grown from acorn seeds collected on a royal estate.

* It took almost a year and a half before the actual coronation to happen, on 2nd June 1953. Prior to this, on 4th November 1952, she had signed the declaration required by Parliament.

Planting oak trees in Sandringham , not long after finding of a girl's body there.


in addition to the kaballah (tree of life) inference, and the druid undertones, the narration describes the edenic condition -- woman "climbed the tree of knowledge and power," usurped the authority of the male, set herself in rulership over the earth, and began the secular (anti-God) nightmare of history

in the Revised Version, our Elizardbeth climbs the tree, and upon descending is elevated (to Queenship)

expected response from The People and from God: "bless her"

but in truth, God's response was to CURSE her, and the man who obeyed her, and the planet that thereby came under her will

Ray, is it not more an androgenous slave worker thing, the female becoming more masculine, the male becoming more feminine. A sort of unisex worker. Certainly, the schools they are renovating/building over here now have same sex toilet facilities, rather than boys/girls .

well agree the androgyny element is prominent and powerful in these various workings (example, gabby giffords)

but if sndrogyny were the sole point/endgame, we wouldnt see the constant and successful denigration, disenfranchisement, and destruction of masculinity/fatherhood across the west, and the absolute rule by feminism/matriarchy of most western nations

that's not androgyny, it's fem-totalitarianism

men -- even good men -- dont want to face that hard fact b/c the conseqences, psychologically and elsewise, are diffcult and v real

in yr own story, here's your female (NOT androgynous) queen presiding over your utterly feminist islands (and OZ) while male servants call on God to "bless her"

no androgyny there, just eden redux a blazillion times

p.s. my birthdate was exactly 3 months after elizabeth's coronation

I undertake the training rule to abstain from taking life. Whether or not yeast can be spread sexually is indefinite. The product category can range from a variety of perishable/ non perishable goods.