Heads we win; tales you lose 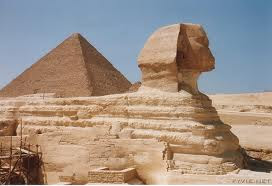 I touched on the Lady Gaga - MQOS (Mary, Queen of Scots) connection just two posts ago, via the former's "orange" dedication to Wills and Kate at Carlisle "coinciding calenderically " with MQOS' second wedding, and indeed later "capture", imprisonment, and beheading.

Yesterday, the BBC reported on how Mary's "Book of Hours" prayer book, which she clasped at her execution, has been returned to Scotland for one day only, and is to be displayed at prestigious and expensive Loretto School in Musselburgh. Just a mile or two along the coast from Loretto sits Seton House (indeed Loretto School itself has a house named Seton) where Mary was arrested in connection with the death of her husband, Lord Darnley, the father of infant King James 6th and 1st - Bible reviser, Stuart King of both Scotland and England, British Israelite, and proponent of the divine right of Kings). (By their fruits ye shall know them). It was noted on the indicement that she went to Seton to play golf, most probably at Musselburgh, the oldest playing course in the world, St Andrews a close runner up. 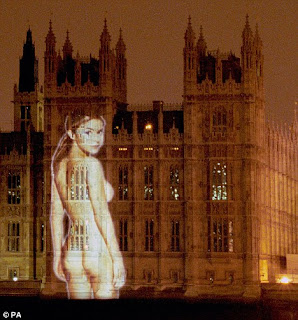 Today saw Cardinal Keith O'Brien, leader of the Catholic Church in Scotland, call for the 310 year old law - The Act Of Settlement - which bans Catholics from taking the throne, to be repealed. He claimed the law "amounted to sectarianism as much as chanting on the terraces". That's the same Cardinal who the Pope had lunch with last September 16th, after, unprecedentedly, meeting the Queen at Royal Holyrood in the shadow of sphinx like Arthur's Seat

Perhaps we can tie matters together via the Queen and Prince Phillip, notwithstanding their current "bridge-building" Irish visit. For last year, 310 days ago, on 14th July, the regal pair landed landed unannounced at the home of golf, Musselburgh links, after apparently encountering fog which caused them to abort their helicopter ride to Holyrood where they were hosting a party.

And indeed Princess Diana, like MQOS a House of Stuart "member" popular with the public; a contraversial film funded by al-Fayed concerning the hazy events of her death premiering just last Friday at Cannes.

Hence her to be globally supersized "James": William 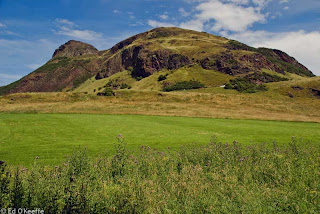 Note - Middle image is Gail Porter, also from Musselburgh, seen here projected onto Houses of Parliament from a few years back. She is now bald, or shaves her head. Tried to kill herself on Wednesday night, blood everywhere.

*Loretto is a boarding school, the pupils are split into "houses".

Found this on the IlluminatiMartrix blog.

Not sure where the cartoon images come from and the blog doesn't explain.

Cheers Jimbo, they are remarkable, much appreciated. I will ask someone conversant with Disney what film they are from and let you know if possible.

You have read Fritz on Disney ?

NB - Have a look at this story re Gail Porter (and indeed her history), she is from Musselburgh too, had her naked image beamed onto Houses of Parliament a few years ago, tried to kill herself on Wednesday and was sectioned - (MK Ultra) :

the signet of both anjou and MQOS was lorraine (dubble) cross

lorraine cross is a fundamental occult symbol, emblem of the templars and of hermeticism/alkhemy in general, the Royal Secret.. think crowley used it too, baphomet-scapegoat

it's all in the gens for thems -- but antipodal magick, the male a needful tool...

pharaoh, opposite of m.l.king, visits swollen memphis (egypt's original name) where a real king was killed at lorraine hotel

'Queen visits horse-breeding centre' - would that be Buck.Palace or Windsor Castle?

'General Practitioner' - though ina magical sense , not a specialist. Doctoring though I guess is am gical to those not in the profession.

Guinea Pig - psychotropic drugs. Lets see what Prozac does to her brain etc. Also Psychiatry, another form of magic made palatable.

GP - Tales of the Riverbank

Ray - another baldie complementing Mark Kelly . He go up , GP go down - Outer and Inner space.

Beamed onto the Houses of Parliament - In the Gunpowder Plot [ GP] the plotters were also going to kidnap James' daughter Elizabeth and install her as monarch. GPs image installs a 'queen' on the walls of Parliament.

Cheers, Ray, info much appreciated. Here in Scotland at Halloween, the children go out guising (rather than trick treat). To guise is to dress up.

Moon, cheers too. The stables she visited were originally set up by some chap who used astrology to breed. She also "opened" a sculpture thing which was interesting as well as meeting the lady who discovered the "speed gene" in horses.

Thanks for the GP stuff, it is very strange I feel.

"To guise is to dress up.

Thanks for the GP stuff, it is very strange I feel."

The Joy of Life she dresses in black

with celestial secrets engraved on her back

... and the only way you will ever get her high

noticed a picture in the sun ,ahem i didnt buy it i was just flickin through,i saw a picture of the queen with a salmon,a huge one.regards paulo.

lady gaga has designed and manufactured herself, they're white and read 'We Pray For Japan'.

Perhaps its a message to you :)