I watched the BBC News at 10 last night, our host was Matthew, with the uncomprehensible surname, our first feature was again the Northern Rock, and again large queues of worried investors have formed outside the bank branches, all desperate to withdraw their savings.

As such, we were shown images of large snaking queues and were advised that despite "opening hours being extended" some investors did not make it before closing time. Images of a policeman directing queues were shown, "everybody standing behind the lady with her hand up - wont get served today." The assurance from our Government Chancellor that monies would be safe was discredited fairly simply by one woman - "thats what the Captain of the Titanic said and it went down"

It seems that over one billion pounds of the 18 billion invested in NR, has been withdrawn in the last couple of days by panic ridden savers, however we were told that the "Bank of England should have enough, even if everyone took their money out." Should being the critical word.
The Chancellor was interviewed, again he backed the BoE bail out and in fact authorised it. It appears that the Northern will be sold to another bank, probably at a discount price.

John Reid, the former Home Secretary, has spoken out in the Mail on Sunday, critising current human rights legislation and claiming it is hindering progress against criminals and terrorists. Mr Reid has commented that it is like operating "with one hand tied behind your back". We heard that this could be considered embarassing for Prime Minister Gordon Brown and that he will no doubt be relieved that John has taken up a position as Chairman of Glasgow Celtic football club. This feature gives the impression that Gordon Brown is all for human rights which may not actually be the case. Smoke and mirrors.

2 people have died in a helicopter crash in Lanark. Details were sketchy but it was believed to be rally driver Colin McRae, who lives locally and held a pilots licence.

Another pilot died, this one in Shoreham, West Sussex. He was flying an old World War 2 Hurricane aeroplane at an air show.

Foot and Mouth followed, we heard of updates. Some more pigs were slaughtered, due to "inconclusive results." "Good news", though not for the animals; they can now be moved to abbatoirs for slaughter. We heard from a farmer who was hit during the last ourbreak, he has only just received compensation funds from the State.

The McCanns have announced plans to spend some of the fund money on a series of adverts to keep Madeleine in the public eye. £80,000 is the sum.

The Liberal Democrats are holding their annual conference next week and leader Menzies (pronounced Ming) Campbell told of his plans to combat climate change with "radical and detailed policies - national, international and personal". There are however mutterings from within his party about his leadership style, is he too old, too curteous ?

We closed with sport. 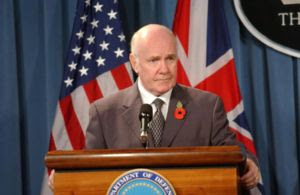 Just like to say I greatly appreciate what you do here, read every post. The media's conditioning of the masses is blatantly obvious to me, you can see this in every news report on tv and every article in the paper. Once you see through the bullshit, it becomes pretty obvious that they're just desperately trying to maintain this false paradigm. But I honestly think people are starting to look through the bullshit and see that it's nothing but a manufactured reality designed to influence you into a certain way of thinking (politicians, terrorism etc.) and feeling (Madeleine saga).

Thank very much indeed, I much appreciate your comments - it gives me faith.