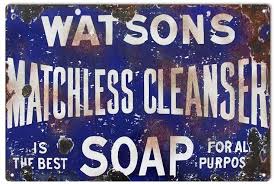 In Edinburgh's Prestonfield Hotel, at the dregs of  the 11th of November 2004 held, Scottish Politician of the Year awards, Lord Watson of Invergowrie committed twin acts of "wilful fire raising", or "arson", for which he was sentenced to 16  months imprisonment. (wiki)

On the 18th of September just past, new Labour party leader, Jeremy Corbyn, appointed, perhaps resurrected, Lord Watson as education spokesman in the House of Lords.

When Jeremy Corbyn stepped into the House of Commons for the first time as leader of the Labour Party, he did so at 3.27pm. 27 is 3 cubed. It's perhaps a puzzle given the allegedly occultish properties of the number three; is it coincidence; or symbolism and, if the former, is it architected, or is it synchronicity?

Lord Watson, prior to his disgrace, led a fairly distinguished life, a pillar of the community so to speak.

Invergowrie, where Watson "lords", has a strange legacy. Close to 800 years ago, Thomas the Rhymer, a sort of Scottish Nostradamus who had lived with the fairies for a while, prophesied that :

Yowes are Ewes, which are stones, or perhaps female sheep. (facebook, but interesting)

Lords are in with the stonework of society; indeed thus they constitute the very fabric. During the Clearances, people were disposed, in favour of sheep.  I will skip on Roslin - close to Rosslyn  - born Dolly, suffice to say she was never a lamb.

The Prestonfield Hotel has a historic, chequered past, once having been a monastery. I have written about this before but, as a student, I worked in a  similar, property, as a "gardener". The grounds and their accessories, in terms of "garden furniture", were designed, displayed and arranged, hermetically,  via dowsing+. "To the centimetre". The owners were rich, decent, friendly and associates of royalty. The entire property which was built back in 1622, was based on the ley-line infrastructure which, allegedly, abounds in the area. One could imagine that, if it is true, Prestonfield potentially has the same foundation.

Celebrities dig the ancient Prestonfield. Nearby, if one meanders around the bottom of Arthur's Seat, one spies with ones little eye : Royal Holyrood Palace, the Scottish Parliament and the foot of the Royal Mile. It's perhaps a spaghetti junction of ley-lines, is Holyrood,  and indeed Prestonfield, shocking as it seems.

cheers
Posted by Newspaceman at 19:06

I totally believe ley energy lines are the story of how each village, town and city settled its first. really good post. cheers and Namaste xx