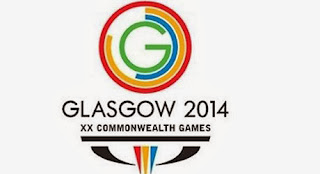 The Glasgow 2014 Commonwealth Games Baton Relay was "launched" (note the maritime vocabulary) yesterday, at Buckingham Palace. I touched on the significance of the digits 11 and 22 just a couple of posts ago in relation to Prince William's football match, not for the first time.

The baton was carried to Buckingham Palace by Sir. Chris Hoy, the Scottish cyclist who began the Beijing - London Olympic handover in conjunction with Victoria Pendleton.

The meaning of the name Chris, from the Greek, Khristos, Christ. His surname, Hoy, metonymic occupational name for a sailor, from Middle Dutch hoey ‘cargo ship’

At 11.21, The Queen and Philip " walk on to the stage, with the flags of the 70 Commonwealth nations and territories forming a colourful backdrop". At 11.22, Lord Smith, chair of the 11 day long event, addressed the guests. ( BBC timeline)

Just for today the torch is in Glasgow, before heading to India. Today's date is 10/10/13. It maybe just coincidence that the digits add to 33, numbers beloved by those secretive Freemasons, who sprang up with their rituals (again) in Scotland many centuries ago.

The baton itself is interesting. It comprises a gemstone gift, a puzzle mechanism, and a secret message from the Queen, written at Balmoral, which will be revealed by HM herself at (Roman Catholic) Glasgow Celtic's Parkhead Stadium on 23rd July 2014. The handle is elm-wood. (BBC news)

The "gemstones" are sourced from Ailsa Craig, a volcanic-plug island in the Firth of Clyde, which was once home to a large contingent of Roman Catholics during the persecution years of the Scottish Reformation.

The elm-wood is sourced from the grounds of Garrison House on the Isle of Cumbrae. According to wiki, "in politics, the elm is associated with revolutions". Furthermore, "In England after the Glorious Revolution of 1688, the final victory of parliamentarians over monarchists, and the arrival from Holland, with William & Mary, of the 'Dutch Elm' hybrid, planting of this cultivar became a fashion among enthusiasts of the new political order". One wonders if the "Garrison" elm is one of these "Dutch elm" cultivars, most on the mainland having been wiped out by disease. Note too from the wiki entry, the American "Liberty Tree", situated in Boston (another hotbed of masonic activities) very close to the recent alleged marathon massacre, on a street then known as "Orange Street", and don't forget that William, of William and Mary, is William of Orange, that infamous Dutch Protestant King who pops up here with some regularity. (Catholic/Protestant - divide and conquer)

The Baton Relay will last some 288 days, (12x12x2), the last 40 of these being in Scotland, not necessarily in the wilderness.

Perhaps coincidentally, today's Scottish tabloids are full of the news that South African businessman, David King (here), is set to return to (Protestant) football club Glasgow Rangers as chairman. The saga of Rangers was something I dwelt upon perhaps too much last year, bear in mind they entered administration on 13th February, the same date as the Glencoe massacre ( a blood sacrifice in respect of William of Orange and Mary), and that the court reference was P221/12. 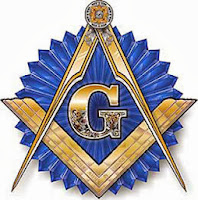 Note that from today's BBC, the closing date for nominations for baton carriers in the Scottish stretch of the relay is 22nd November, 22/11. (here)

Note too that Royal Mail shares are to be offered at £3.30, the entire business valued at £3.3 billion - today's BBC

Posted by Newspaceman at 10:13