You wind me up
Like a clockwork orange
Then you hide the key
To my destination
No satisfaction its all frustration
The times are changing
They're changing me
Open the cage
Let free the animals
Running wild
With hardened criminals
No satisfaction it's all frustrations
Back in the early 1970's Kubrick's Clockwork Orange was released, it's influence into the culture of the time partly manifested by the adoption of boiler suits and heavy boots by football "hooligans" as terrace uniform de rigeur. Building site hard hats were worn as protection in the sheds as darts and nail studded golf balls were thrown into the enemy section by opposing club supporters.

Soccer violence was nothing new at the time and is nothing new now. So last weeks events in Manchester can surely have come as no surprise to the authorities. The catalyst for the trouble - the malfunctioning of a giant television screen, erected in the city centre to cater for some of the hundred thousand plus ticket-less fans who had travelled down from Glasgow to "watch the game". 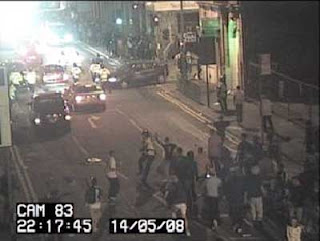 Since then we have heard from Prime Minister Gordon Brown: (from the Guardian)

The prime minister today condemned the violence caused by football fans in Manchester last night as "a disgrace" and said that a review of UK laws might be necessary to deal with future violent episodes.

No word though on the reason for the big screen breakdown. 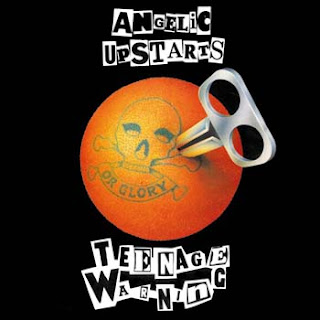 Posted by Newspaceman at 12:32

Short & perfectly to the point.