Going round in Kubes

Aferrismoon, in a recent comment, told of James Shelby Downard, an American conspiracy theorist who wrote a "speculative" essay claiming that the Freemasons were responsible for the assassination (and funeral arrangements) of President John F Kennedy on the numerically symbolic 22/11/63 ; the essay being called King-Kill/33.

I must confess a dire lack of knowledge as to the subject, however I did read the extremely enlightening details on-line in which the esteemed Mr Downard provides numerous evidence for his occult based theories, theories which, on examination, subsequently threw up a startling connection - certainly to my mind, given threes, elevens and recent seemingly connected ceremonial events.

"Oswald means "divine strength." The diminutive form of the word is "os" or "Oz": denoting strength. "

"It is a damn pity that the ritualists didn't have Marilyn Monroe and Rosemary Clooney sing a Maneros at the JFK funeral, for Rosemary Clooney just couldn't believe that JFK was dead at the time, and Marilyn Monroe was killed because of JFK. In Ancient Egypt the entreaty to the dead of the type said to be performed by Isis and Nepthys was usually performed with a hawk-fertility-goddess statue present along with other funerary symbolism."

And so to wiki for the crooner at Princess Diana's funeral:

"Candle in the Wind is a song with music by Elton John and lyrics by Bernie Taupin. It was originally written and released in 1973, written in honour of Marilyn Monroe, who had died 11 years earlier."

"This version is ranked #347 on Rolling Stone's list of the 500 greastest songs of all time" - a figure which numerically synchronises with the very recent 1,122 police ceremonial 33 possibility - when I suggested:

Or is there really any, whatever way you square it? 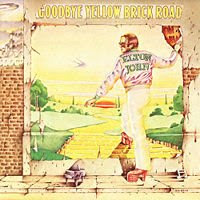 Posted by Newspaceman at 17:29

I just read the KK33 piece via your link. JSD appears to have been a man far ahead of his time. Great sync to Candle in the Wind. If JFK was the Killing of the King ritual, what, in Masonic ritual terms, was the death of Diana? JSD surmised that the Kennedy assassination was key to getting a Mason on the moon, and why that is magically important I can only guess. Perhaps Diana's death is key to putting a Mason on the sun - the Sun King.

Have also just read the KK info. Very interesting. I really like the mix of intuitive & research.

I think Elton Hercules John will open up a Hornet's nest.
Diana's death took place in an underpass in Paris, called Pont d'Alma , Alma seems to mean 'nourishing'.
The Triple underpass in Dallas was on Elm Street [ a tree used for stabilising or grounding a spell]. Elm sounds pretty close to Alma.
An Os connexion exists as Trevor Rees-Jones , the bodyguard who survived the crash, went to OSWESTRY in Shropshire -- OSWALD's TREE. Oswald fought in a battle there and was dismembered, his arm carried to an Ash tree by an eagle. The tree then performed some miracles.
In the JSD article, he writes about LHOswalds grave , with the tree next to it, possibly containing his spirit.
Then there's Grace Kelly.

Arsenal from Arabic - Dar as sina'ah - house of manufacture. guess the Emirates feel at home .
The match ended 1:1, equaliser dirKKuyt
3 matches in a week - what's that all about?

....regardless of gravitation, beyond the cohesive power of their woody tissue; unless, indeed, we adopt the squirrel's explanation in Mr. Jefferies' charming fable, "Wood Magic":

"Elms are very treacherous, and I recommend you to have nothing to do with them, dear."

"But how could he hurt me?" said Bevis.

"He can wait till you go under him," said the squirrel, "and then drop that big bough on you. He has had that bough waiting to drop on somebody for quite ten years. Just look up and see how thick it is, and heavy; why, it would smash a man out flat. Now, the reason the Elms are so dangerous is because they will wait so long till somebody passes. Trees can do a great deal, I can tell you: why, I have known a tree, when it could not drop a bough, fall down altogether when there was not a breath of wind nor any lightning, just to kill a cow or a sheep out of sheer bad temper."

Even better, just checked which article Aferrismoon was linked to
In the comments - Liverpool play Arsenal tonight.
Cheers

Hello I just entered before I have to leave to the airport, it's been very nice to meet you, if you want here is the site I told you about where I type some stuff and make good money (I work from home): here it is

Hello I just entered before I have to leave to the airport, it's been very nice to meet you, if you want here is the site I told you about where I type some stuff and make good money (I work from home): here it is

comply or die...are they trying to tell us something..

Thanks Michael, the Sun King theory is my personal favourite. I think it maybe has to do with sacrifice, especially after reading KK33.

aferrismoon - I once worked in a large Jacobean mansion and grounds. The head gardener uses to "will" a particular tree to fall every morning.

Eventually it did - on his car

cheers Gav, it is a bit strange, a lot of majick going on just now I think or certainly the end processes of it.