One begins a jigsaw puzzle by sorting the pieces out: the ones with straight edges and the corners are set aside to make a frame. Then one fills in the middle, little bits at a time. As one progresses it gets easier as there are fewer pieces. It's hard to complete without the picture on the box.

The picture I see, as I often reiterate, is Prince William being crowned on the Stone of Destiny (Jacob's Pillow Stone) here in Scotland,  before going on to be Rex Mundi - The King of the World. I believe that magick, sorcery and alchemy are all at play in this ritual and that Scotland is pivotal.

Yesterday was the Brexit vote. Top leave campaigner, Nigel Farage, is declaring yesterday, 23rd June, Independence Day. The United Kingdom have voted to leave the E.U. but the people of Scotland, who only last year voted to remain with the UK, have voted to remain in the E.U. Talk is of another Scottish referendum on independence, rapidly. 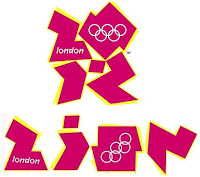 The leader of the leave campaign is London mayor, Alexander Boris de Pfeffel Johnson, Boris for short. We saw Boris back in 2008 at the Beijing London Olympic handover, flying the flag. Yesterday Boris was up in Scotland at St. Andrews, "causing chaos" at his daughter's otherwise orderly graduation ceremony. St Andrews, home of golf is, of course, where Prince William and Kate kindled their relationship. St. Andrew brought Christianity to many countries.  (here)

When Boris was in Beijing he shared the stage, so to speak, with Led Zeppelin's Jimmy Page who dueted with Leona Lewis. Jimmy was a great fan of Aleister Crowley. So much so he purchased Boleskine House, the Scottish property acquired by "The Beast" to carry out various magickal rituals. Crowley proclaimed that Boleskine was a magnet for harnessable energies which he could tap into.

Yesterday Led Zeppelin were cleared of plagiarising their song, Stairway to Heaven. (here)


Yesterday and today are the 702nd anniversary of the Battle of Bannockburn. Some claim that the Knight's Templar gave Scotland handers in the alleged miltary confrontation. Some claim the Knights Templar spawned freemasonry.  Alex Salmond, ex Scottish political top-dog, described the skirmish as "the birthplace of modern Scotland". (here)

Yesterday, Prince Charles was up in Scotland playing the bagpipes.  He was here the day before too. His consort, Camilla, visited a sandwich shop in Edinburgh's Rose Street - following in the footsteps of George Clooney and to be followed by Leonardo DiCaprio later this year. Leonardo has links to Scotland via his godfather, a chap called Robbie the Pict, who may well be not what he seems. Roses are symbolic as are their lines. (Bridge Building)

Last night, the would-be American President with Scottish roots, Donald Trump, jetted into Scotland. Today he is due to officially open "his" Turnberry golf resort. Donald has hailed the result of Brexit as "great thing", which apparently it is, given his ambitions. (here)

As I have noted before, when one practices alchemy, one's materials require to be "back to base" before one can begin to form the "gold". It irons out any butterfly effect.

Note that Prince Charles also visited a primary school in Kilmarnock. The alleged killer of Joe Cox, Thomas Mair, was born in Kilmarnock. It appears he was there until aged 11 or so.
Posted by Newspaceman at 09:36

Somehow Anon2, and I felt this as a young boy, 34 is the magic number. Along with the name David Green. Not sure why.

The Kingdom of Thule.

Hey Newspaceman, who would have believed this only a week ago? I salute you, Scotland, says Sturgeon, will try to block the exit! There is great irony in this very paraphrased statement!

Easily the most random, rambling load of nonsense I have read in quite some time.

Perhaps a coincidence that Wales beat Belgium , home of the EU, not long after the EXIT!


Check out this dedicated web page at Informedchristians.com and make sure you are ready spiritually for the Lord's soon coming and help others.

Our studies point to a pre-July 14th rapture. Studying the Scriptures, we understand that the Together event is part of the 'sudden destruction' scenario triggered by the rapture befalling the hypocrites and unbelievers.

The Wise Men knew prophecy - and they saw one star. They embraced the promises, rose up, went out, and met the King. Only as they went out, did they then see the second star. What about us? We have been shown many more celestial signs, prophecy, and warnings of the days we are in right now. Who are we listening to? What are we doing? Are we embracing the promises, and rising up in our heart and life - to meet the King?

I will return to this when I can, hopefully soon.

I hope you are ok xxxx

I am fine,just snowed under with other commitments. Things have been a bit hectic,I hope to get back to posting end November, beginning December.