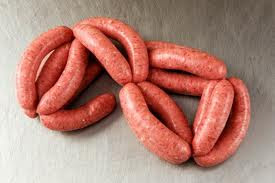 On Friday, 15th, UK military "reservists", as part of their training for Afghanistan, re-walked the route of a "Jacobite night march" in 1746 - a march which was originally aborted the day prior to the Battle of Culloden, where Bonnie Prince Charlie and his "Stuart" rebel army were defeated by a British army headed by William Augustus, Duke of Cumberland, alias The butcher. (BBC - Reservists re-enact Jacobite night march).

On Saturday, 16th, HMS Cumberland returned home to Plymouth after her final deployment (from Libya to Malta). The vessel, nicknamed "fighting sausage", was welcomed home by "friends and family standing on the cliff-top at Devil's Point". (BBC).

Email ThisBlogThis!Share to TwitterShare to FacebookShare to Pinterest
Labels: was we