Links to Double Agents and Humanity

Just last month I wrote the post Trojan Horse about the television programme The Apprentice, noting the "James Bond" style of the winner, son of a milkman Lee McQueen.

This following picture from todays News of the World under the headline Wills the Apprentice and sub headline - Queen and Charles draw up secret plan to train William - helps to confirm my ongoing fear that the giant television screens from yesterday's post, indeed television itself, are mind controlling tools being utilised against ourselves as part of a nefarious plan for the enslavement and captivity of humanity:

PRINCE William is to be given an astonishing apprenticeship in how to be king, the News of the World can reveal.

The Queen and Prince Charles have drawn up a secret two-year intensive training programme which he will start when he quits military life in the New Year. 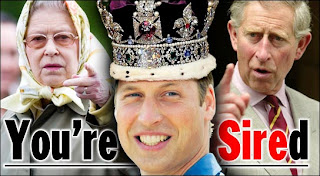 My thoughts along these lines are further compounded by this article from the BBC news today, under the headline William's ship in new drug chase,where we read more of his daring cocaine-smuggler hunting exploits:

He was on board a Lynx helicopter as it chased a speedboat suspected of shipping cocaine from South America.

Shots fired from the Lynx disabled the boat, but no drugs were found. The crew were passed to Colombian authorities. 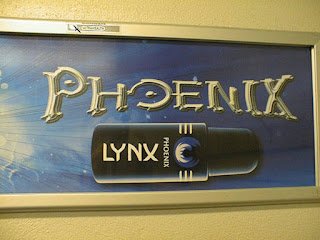 Posted by Newspaceman at 12:07

The heir apparent of an empire built on smuggling of every kind, especially drugs, chasing down the competition.